I was worried that I would not even be placed in the beginner’s class! 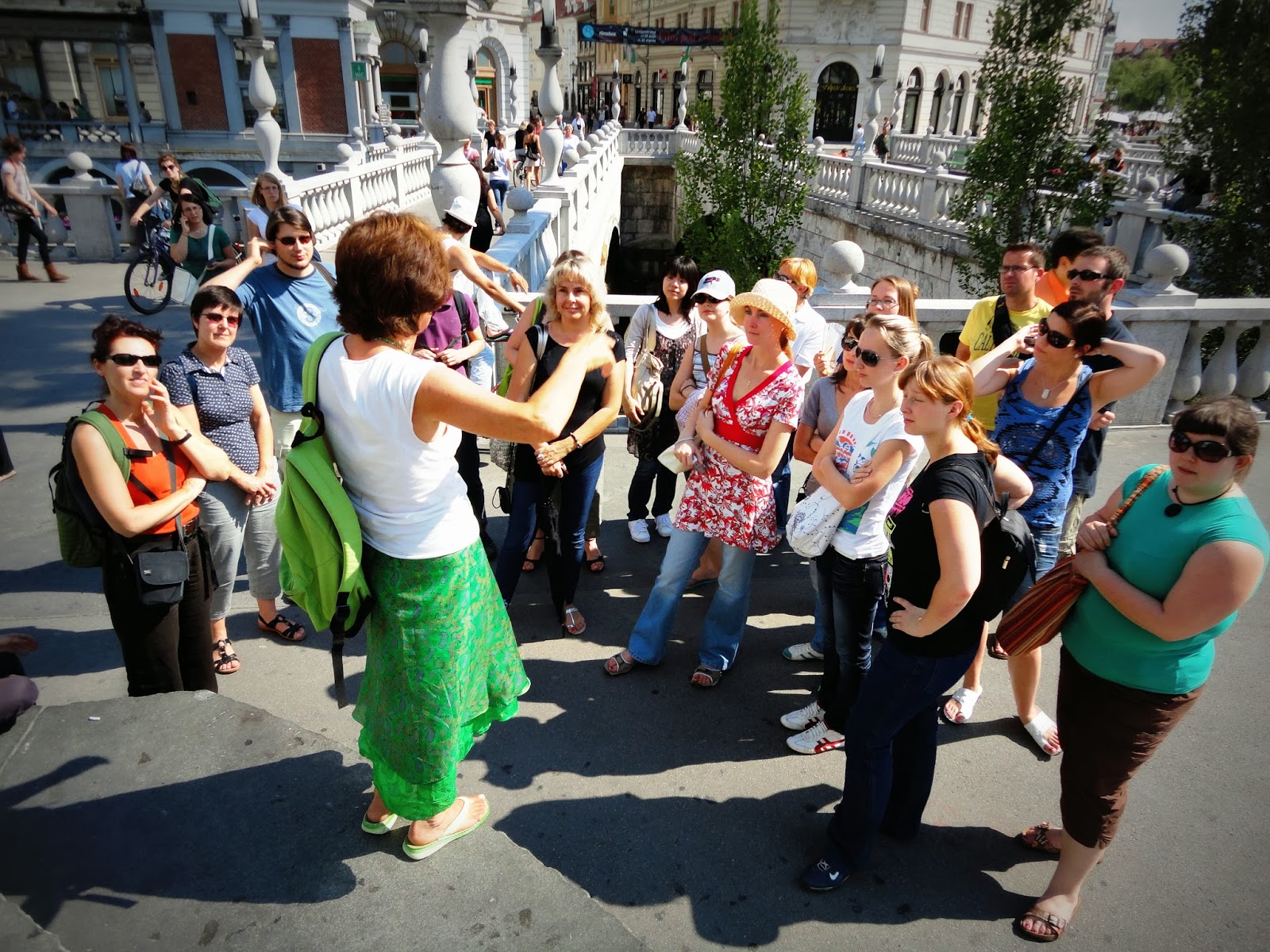 When I started learning Slovene I was extremely nervous and unsure I would ever be able to speak well. In the Unites States, learning even a second language is often not a priority in school, and while I had studied French for many years I never became very good. I assumed that I was probably not talented at languages, and I was worried I was setting myself up for failure trying to learn a language that everyone said was so difficult. It did not help that when many friends and colleagues found out that I was trying to learn Slovene they always looked both impressed and alarmed, and usually more alarmed. By the time the first day of the 32. Poletna šola slovenskega jezika arrived I was a mess, worried that I would be so terrible that I would not even be placed in the beginner’s class!

I could not have been more wrong. Slovene is such a wonderful language, and it is actually completely logical and quite straightforward to learn (even the dual!). Everyone said that Slovene was difficult to pronounce – but if you understand the pronunciation rules, you can say almost anything. Unlike French or German, even as a beginner you can make yourself understood if you speak carefully. And the dual – well yes, it is quite a lot to remember, but once you know the rules you are fine. The same is true of the cases. When I was a student at the 32. Poletna šola slovenskega jezika I was constantly comparing what I had learned in class that day about Slovene grammar rules and vocabulary to my native English and I felt I was the lucky one – it must be terrible to learn English! It has completely bizarre pronunciation even if you’re a native speaker, and sometimes it seems like there are more exceptions than rules in the grammar! And Slovene is completely logical in comparison, which is so helpful as a beginner because you make progress much more quickly and can begin to communicate much more easily than with many other languages.

But I should also be fair to French and the other languages I have tried (and mostly failed) to learn – part of the positive difference in learning Slovene was the community experience I had while learning it. I am a graduate student studying archaeology in the US, but my dissertation research is in Slovenia, so in the past two years I have spent about five months in Ljubljana. I have a lovely network of friends to practice with, and I get to practice every day while out in the city and working with colleagues. But the major turning point in learning Slovene came when I was taking courses at the poletna šola with the wonderful Anja Strajnar and Tanja Kotnik, and studying hard with other foreign students. We played games, did practical activities, went on fun excursions, and constantly helped each other practice so that eventually we could all go out in the city and have basic conversations. I think the most important benefit learning Slovene as a foreign language was the opportunity to study in Slovenia itself with wonderful people who made Slovene a pleasure to learn, and who make me want to keep studying the language because there are so many more people that I want to meet and have conversations with in Slovenia!